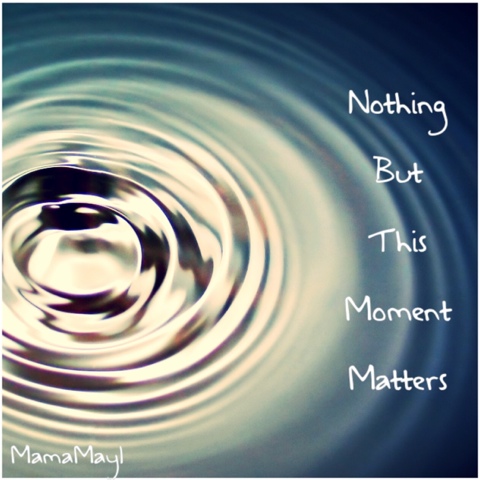 “Mom, this was a really happy day.”

Were the words my four-year-old shared with me right after we sang our Loving Kindness and right before she fell asleep.

This was a really happy day.

But, you know what? It didn’t begin that way. Or middle that way.

This morning began with several monumental tantrums from my seven year old. About nearly everything from getting dressed (she wanted to wear her super dirty clothes from yesterday), to eating breakfast (she wanted to make her own cream of wheat – we didn’t have time for – not eat the already made oatmeal), to not wanting to walk to preschool to drop off her little sister.

The mid morning went something like this: after finding a cute little hurt squirrel, my two-year-old freak-out-tantrumed all the way from the park to home because the squirrel went with a friend, not us. He wanted that squirrel. He wanted to hug it. And love it. And squeeze it so tight. And he refused to get into his stroller. But he also refused to be in my arms – which made it near impossible to carry him in my arms while pushing the stroller so I basically forced him into the stroller because, either way he screamed his HEAD OFF…so I figured, at least this way my body would be panic-stricken when we finally got home (at least ten minutes away… But feels like forever).

To an afternoon where he FINALLY fell asleep….five minutes before we had to leave to pick up said preschool sister. So I had to try to attempt the  maneuver of getting him (still sleeping) into his stroller for the ride.

To…knowing better than to stay and play at the park, but couldn’t reasonably say no when the day was as bright and beautiful as it was today. Promising 15 minutes… Which turned into 30 but right at lunch time. And then an “I have to pee! Now!!!” Threat to rush us home…. Only to have the four year old TANTRUM the same distance her little brother did earlier. And not just throwing a fit tantrum. An all- out-rolling on the ground, stomping feet, not-recovering kind of tantrum that everyone in the neighborhood could hear through their windows and doors on this open-the-windows kind of day. While the two year old Houdini-d out of his stroller and I just couldn’t get home fast enough. Eventually just kept walking when no talk or hug or love could bring her down off that emotional cliff. Eventually she would run and catch up, but not before alerting the whole next block of neighbors of her unhappiness.

“This was a really happy day.”

I am so grateful to know that days with such rough beginnings, middles, and even ends, can close at night with such calm, peace, love, and happiness. With one sentence she washed away all my uncertainties of royally screwing up childhood somehow – of the chaos and HARDness of today.

I am assured to hear that a day filled with such confusion and big emotions can still be noted as “a really happy day.”

It gives me hope.

Tomorrow is another day. But, apparently, so is today. Because moments can ebb and flow so quickly for children. And they don’t hold grudges or frustrations the same way we sometimes do as grown-ups.

So I find hope and grace in…the next moment. In letting the beginning and the middle be – exactly where there are meant to be. And in embracing right now – which has the power to right all that went wrong – in the magic of this moment.

This was a really happy day.