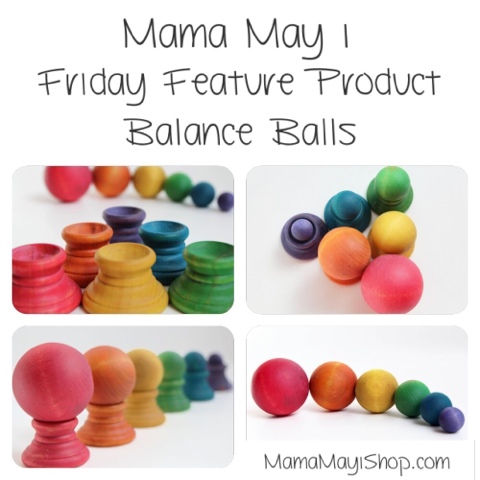 I made it to Grandma’s house this week to get inventory under control and while we were hanging out [playing] in the new stock room the kids were pulling out products from their bins and playing. And Lincoln (almost 2) found the Balance Balls. At first he was content to grab each bag (packaged) and bring them over to the shipping counter where the girls were “playing toy store”. After several trips to and fro’ he found one with a loose bow and managed to untie, and loosen the top. And that’s when the magic began.

He pulled out each of the pieces as he oh so carefully investigated their sizes, colors, and forms. He checked all sides of each piece before putting them one-by-one on the floor. 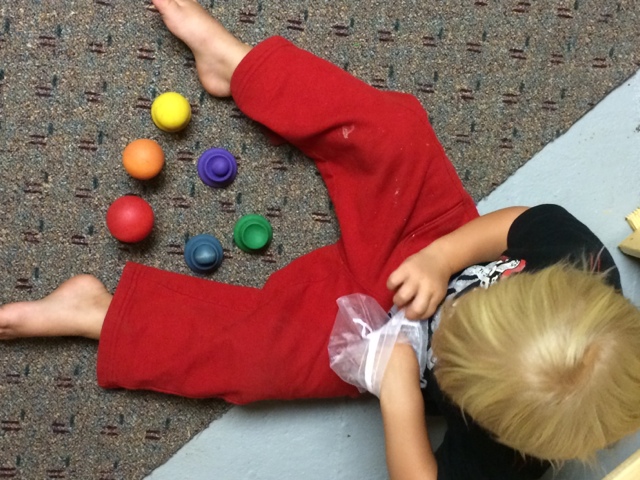 And then he began to fit them together. Not matching the colors at first…just knocking the pieces together, making music. Until one piece stood ontop of the other and they became “blocks”. And then he learned that the balls didn’t wiggle and roll away if set upon the tops of their pedestals. And they it was his mission to stack each ball on top. 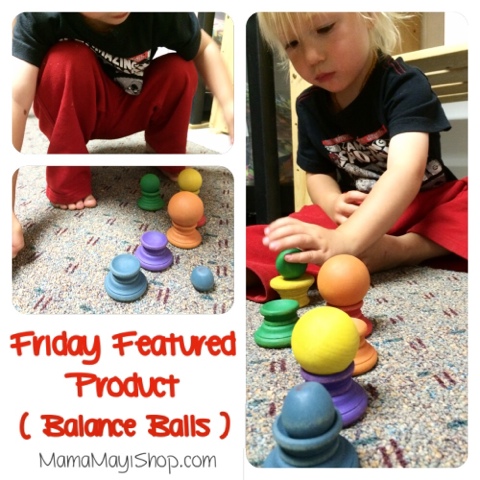 Not long into his set up, his knee knocked a ball from it’s place and it went scurrying across the floor. And then a new game of chase began. He set them up only to flick them with his hands and fingers across the floor to see where they would end up. 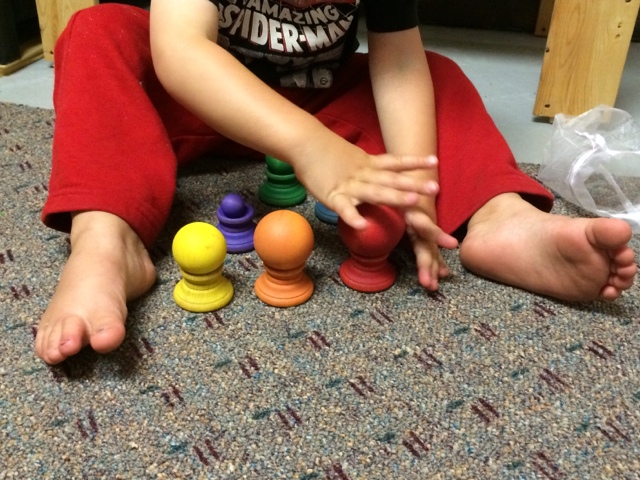 The girls took two pedestals and made them goal posts and they flicked the different colors across the floor hoping to make to goal.
I love watching my children play with the toys I’ve created. I am always amazed by their Focus. Attention. Thought. Curiosity. Imagination. And Action.
Their playful work inspires me every day. 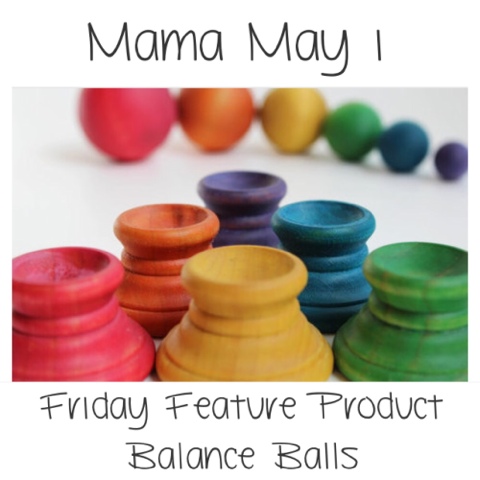